In various schools of martial arts, there are different ways of delivering a blow. One can strike with the fist, handblade, elbow, knee or foot or even a combination.

The handblade or tegatana (lit. handsword) is the part of the body most often used in aikido to strike in attack or parry in defence. By concentrating the energy of your body into the cutting edge of your hand, blows of considerable power can be achieved. These blows are called atemi-waza, (lit. ate= to strike, mi=body).

Learning to give a powerfull strike with the tegatana is depending on the skill of taijū no idō or body weight shift and taijū no dendō or body weight transmission. See unsoku ho for further information. When your skill can be performed with rendo or continuous full body movement, you wil create “hakkei” or sudden power in your atemi. 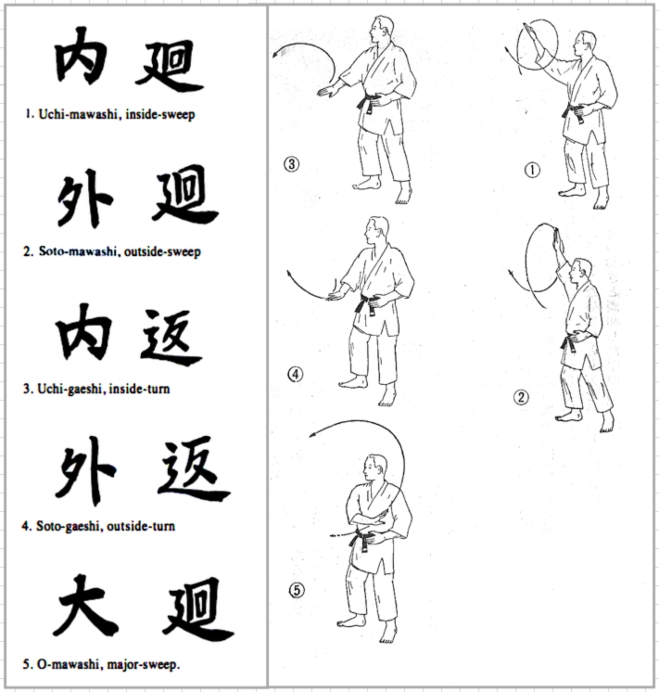 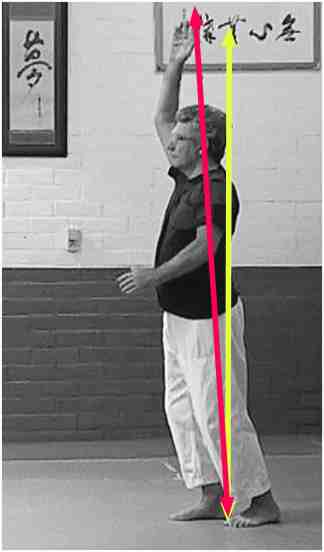 Looking straight forward (metsuke) and a proper posture (shisei) are the basic requirements for using atemi waza. By applying metsuke and shisei and adding the use of gravity we create a starting point of a movement.

“The starting point of a movement”

When you have the sensation of gravity, you will also experience the point where stability is changing into instability. We also know we put a foot in the direction of the instability without a conscious thought. The body reacts naturally. The starting point of a movement with the feet forward, backward, to the side or diagonal will happen without any extra movement. This gives a great advantage when attacking of defending, because the opponent will not receive any indication when the attack or defence starts. If you attack with atemi, the starting point of a movement (in this case an atemi) cannot be intercepted by the opponent.

The movement starts from emptiness, the mushin mugamae concept.

A weapon is an extension of the body and must be handled with the patterns of the bodily movements. “Don’t use partial muscular movement between the joints”. Use a full body movement (rendo).

Although nowadays most practitioners make reference to swordhandling when doing tegatana dosa, but at the origin of tegatana dosa the link with the sword is not so obvious.The emphasis is more on atemi or methods to destroy the body postures of the opponent by using tegatana movements. In any case, it is ambiguous to make reference to swordhandling without a thorough study of a sword school.

One thought on “Atemi and tegatana”