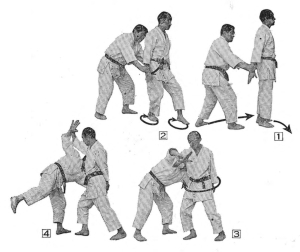 Early Tomiki Aikido (around 1950-1960) was a training method not focused on competition but on randori and kata. Solo exercises with basic foot movements (unsoku) and basic foot/hand movements (tandoku undo) formed the fundamentals for many partner exercises and free play.
There are training sets covering strikes to the head or grabbing attacks to the wrist or other parts of the body. Tomiki’s judo background can be clearly seen in some of the attacks he used to explain basic movement and techniques.

The opponent is attacking with shomen ate or shomen tsuki, the defender is using uchi mawashi or soto mawashi. After the yielding, grasping the wrist is a possibility to control the opponent.

Tegatana dosa “yielding” actions can be used in “hyoshi” exercises as advanced training. Hyoshi exercises are tools to practise the skill of “cadence, rhythm and tempo”. 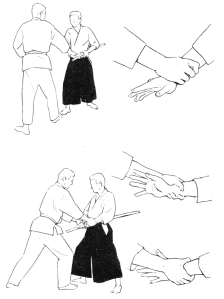 In aikido grasping the wrist is often used to introduce basic techniques. Reference is made in many cases to stop the swordman grasping and pulling out the sword.

Of course there are other explanations. Opponent is trying to grasp your dogi in judo fashion. By grasping the wrist and keeping distance (rikakutaisei), you have the aikido distance in your favor.

There are 2 ways of grasping the wrist. The ai gamae position or gyaku gamae position. Each position has 2 methods : omote and ura. In sotai dosa grasping can be done with ura dori or omote dori. Ura is the front of the body. The inside of the arm or wrist is ura. 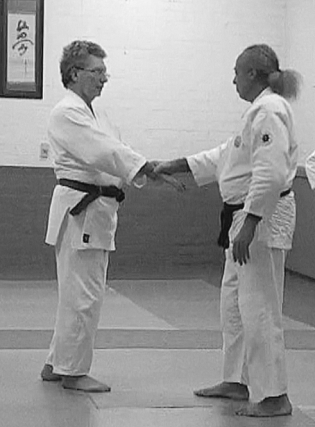 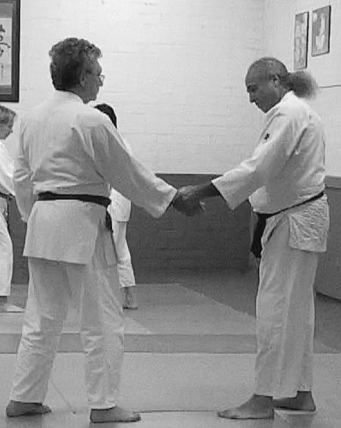 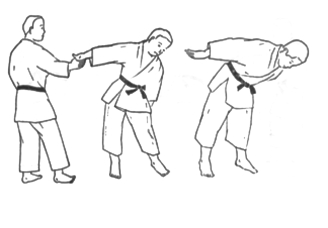 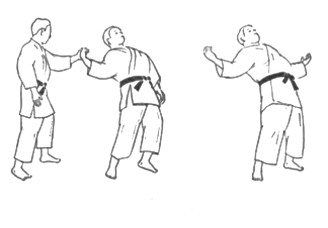 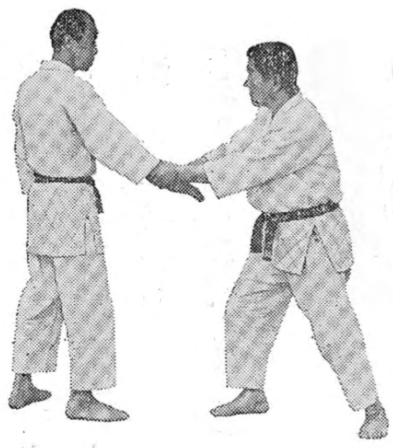 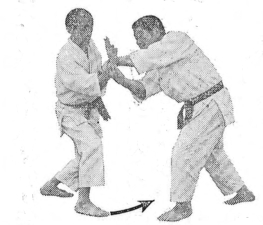 Basically, when opponent is attacking you by grasping with 2 hands, your reaction will be almost the same as in the 8 sotai dosa. You can use sotai dosa 1 or 2. It is even possible to use sotai dosa 3 and 4.

Opponent can also grasp both your wrists or both wrists from behind (ryote-dori – ushiro ryote dori). Using the basics from tegatana dosa and sotai dosa will give you the solution. Your action has to start from the subconscious mind, otherwise the opponent will sense your reaction.

How to grasp a wrist?

Grasping a wrist is almost identical as grasping the hilt of a sword. Most of the power is in the thumb and the middle finger. This is in contrast with the belief of grasping with the little finger. 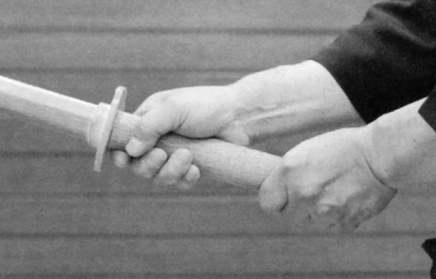 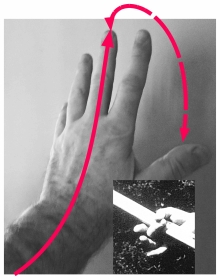