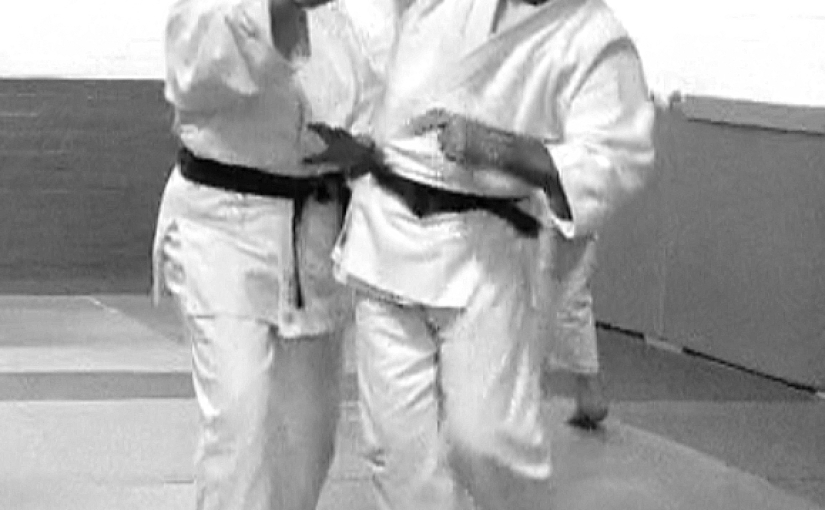 Part of the material in this article is not directly linked to the Japan Aikido Association (NPO) program or Shodokan approach. Other martial arts concepts are incorporated into the study of the subject presented.

Muscle tone is defined as the tension in a muscle at rest. It is the muscle’s response to an outside force. For example, gravity can be regarded as an external force and affect the balance of our body. The muscle tone in the correct position keeps us in a vertical position without losing balance.

Gravity is a vertical force that affects our body. During our daily behaviour, it is not only gravity that acts on our body, but other force actors applies forces against our body. Travelling on public transport gives you the chance to feel external forces in every direction. Everyone has a skill to survive a trip with the train or metro, and this skill is based on expansive force.

During martial art training, external forces act on you in a different way than travelling by train or metro. Building expansive strength skills in martial art require additional training.

In general, “using intent” is subconsciously thinking, or more like something between thinking and doing. It’s like a pulse, a “thinking energy” that moves your arm forward if you want to grasp anything.

Do not confuse “using intent” with a sort of “magical thought”. You cannot control your enemy simply by using mental power. Intention is to use your mental potency to regulate muscle tone in the most effective way. When using a flexible, non-contractive, powerful image, your mind will adjust the correct muscle tone.

“Looking” referred to the ordinary way in which we are accustomed to perceive the world, while “seeing” entailed a very complex process by virtue of which a man of knowledge allegedly perceives the “essence” of the things of the world.

A Separate Reality  by Carlos Castaneda

Zanshin, the ability to see the adversary.

Mental control can be practiced while “ritsuzen” or standing exercise. Focusing your mind is not the same as attaching your mind to something, dynamic spot or static spot. A good way to practice focusing the mind is using your metsuke or the way of seeing the (imaginary) opponent. As you observe your opponent, you will see everything within your field of vision. It’s called “having zanshin”. Zanshin is a physiological sense directed by the mind, without focusing on anything.

Kenji Tomiki mentioned in “Goshin Jutsu” the concept of peripheral vision. Look at the face of the opponent and see his totality.

When practising tanto-randori (Tomiki style), you don’t look at the tanto, but look at his face. You will “feel” the start of his movement.

When we speak of shotei-awase, we usually have the basic form in our mind. But actually, shotei-awase is to make a connection with your shotei or palm base to an opponent’s body part. It may be concluded that tegatana-awase is a form of shotei-awase.

Basic form, as an isometric exercise

The basic form is performed mainly like an isometric exercise.

We aim to improve the expansive force. This is only possible if we stretch our muscles, tendons and fascia. By practicing all forms of shotei-awase, it is necessary to begin with a body image in expansion. A body in expansion is a kind of stretching with proper muscle tone. In fact, it can be referred to as a pull/push action.

“Greater forces are generated during eccentric contraction compared to other contraction types for a given angular velocity.”

While eccentric exercises may be compared to expanding strength exercises, they are not the same thing. A major factor in force expansion is creating an image. In a more holistic manner, the expansion of force is only possible if you can extend your “ki”.

Although Koichi Tohei is treated by many Aikido practitioners as someone who does “a different brand” (or some other minmization), Tohei had some innovative ideas that I think the other styles would do well to borrow, particularly in light of the recent (and very late) realization that many of the “ki” things Tohei speaks of are substantive and they are essential components of Aikido techniques.

The basic form of shotei-awase can be used to enhance the use of expanding power. When using shotei-awase as an isometric exercise, the forces applied by both practitioners are used as opposing forces. In order to enhance the expansive power, we must maintain our structure in an optimal posture. Using good muscle tone and an image of the body as a transport vehicle, the way of power will be from hand to rear foot.

There is a major danger, the rear leg acts sometimes as a brake, which destroys the use of expansive power. It is advisable to let the force flow through the body. An equilibrium of forces is created without excessive contractive force.

You do not require anyone to practice shotei awase. Pushing against the wall replaces one partner/opponent. Of course, a partner/opponent may vary the manner of pushing or resisting. The variation will be beneficial. Nonetheless, a wall or a tree may help you when you are alone.

Both practitioners are using expansive force. They don’t dominate the partner, it’s not a question of who’s stronger.

The goal of this exercise is to enhance your force of expansion and give a certain resistance. As a matter of fact, expansive force can be used as resistance.

Expansive force. How to…?

Expansive force can be felt relatively quickly with a two-armed drill. As you pull your kyokotsu slightly, your back muscles will slide towards the shoulder joints and arms.

Pull in “kyokotsu” slightly. Your back should open. Keep your elbows down, don’t extend to the side. Don’t contract the muscles of the shoulders and arms, but keep them up and stretched with muscle tone.

After some practice, you can replicate the feeling of expansive force with one-handed exercises. By adding a mental image during practice your expansive force can increase. Avoid using contractive force.

From a magazine named “Gendai Aiki”

Gendai budō (現代武道), literally meaning “modern budo”, or Shinbudō (新武道), literally meaning “new budo” are both terms referring to modern Japanese martial arts, which were established after the Meiji Restoration (1866–1869). Koryū are the opposite of these terms referring to ancient martial arts established before the Meiji Restoration.

Gendai Aiki is a subcategory of Gendai budō. It is during a short period used to define Tomiki Aikido. Shin-Aikido was also in use during this time.

The pictures are showing the traditional exercise and some applications.

Shotei awase can be used to study “body block”.
When applying power for example forward, there is always a backward component when partner is resisting.
By using “yukozo” you can keep a strong posture. Tensing up by pulling the muscles will have a negative impact on the posture.
Notice the hand on the back. The backward movement creates a slightly roundness in the lower back.
When you push the lower back forward, the knees becomes stiff.
Bracing the back leg (knee) has a negative influence on the concept of yukozo.

Putting the weight on

Taïjū no dendō or transmission of body weight. Shotei awase is “not” about pushing, but about putting the body weight into the training partner.The muscles becomes of course under tension, don’t tense activily the muscles.
It is possible to lift either the left or right foot and still have a body block.
Body block is not only used during shotei awase, but has many applications.
Putting the weight on is a clever application of gravity while keeping control.