Exercises in the video clip

These are some examples. Most of the exercises are centered around waking up the upper center (kyokotsu) and the lower center (koshi/tanden/yōbu). For detailed explanation of kyokotsu, koshi, tanden and yōbu.

Mobilizing blood flow, lubricating joints, waking-up nervous system…
When doing exercises, you will feel heartbeat is going up. But how high your heartbeat can go without entering a dangerous zone?
First lets talk about heartbeat.

Heart rate is the speed of the heartbeat measured by the number of contractions of the heart per minute (bpm). The heart rate can vary according to the body’s physical needs, including the need to absorb oxygen and excrete carbon dioxide. It is usually equal or close to the pulse measured at any peripheral point. Activities that can provoke change include physical exercise, sleep, anxiety, stress, illness, and ingestion of drugs.
Several studies, as well as expert consensus, indicate that the normal resting adult human heart rate is probably a range between 50 and 90 bpm.

The maximum heart rate is the highest heart rate an individual can achieve without severe problems through exercise stress, and generally decreases with age.
For general purposes, a formula – “220 minus your age” – is often employed to estimate a person’s maximum heart rate. However, this formula has been criticized as inaccurate because they generalized population-averages and usually focus on a person’s age

By using training zones, we can estimate the maximum of the heartbeat when doing warming-up. Why estimating? Because our formula 220 minus age is not completely correct. It is useful to check without complicated formulas or heartbeat monitors.

Healthy Heart Zone (Warm up) — 50 – 60% of maximum heart rate: The easiest zone and probably the best zone for the average group of practitioners. It a decreases the risk of degenerative diseases and has a low risk of injury.
Example : age 20yrs – max 100-120bpm

Fitness Zone (Fat Burning) — 60 – 70% of maximum heart rate: This zone provides the same benefits as the healthy heart zone, but is more intense and burns more total calories. The percent of fat calories is remains up to 85% in this zone.
Example : age 50yrs – max 102-119bpm

There are more training zones, but this can be a discussion elsewhere.

What kind of exercises?

In a previous article about warming-up  the differences between practitioners were discussed. Not wasting time was the message and  by using methods directly or indirectly related to Budo Aikido we can use the limited time for the hobbyist or social practitioner.

Cardiovascular Exercise
Every warm-up should start with a brief period of cardiovascular exercise to get blood pumping to your muscles and ready them to workout.  Spend three to five minutes performing light aerobic activity. 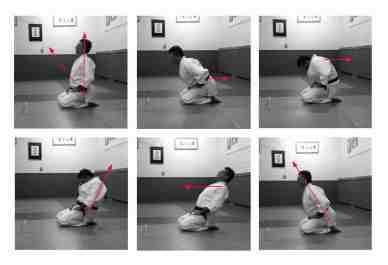 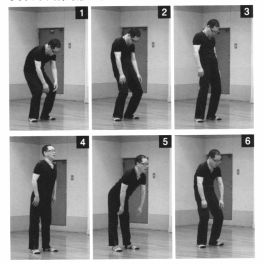 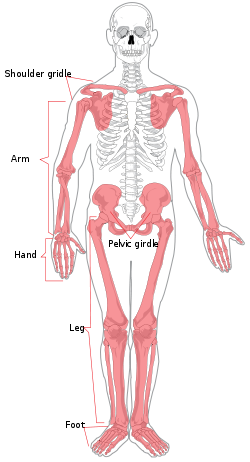 What is the difference between Axial and Appendicular?

Muscles
Skeletal muscles are part of the musculoskeletal system and only the skeletal muscles can move the body. For other kind of muscles, refer to Wikipedia.

Joints, ligaments and bursae
Joints
Joints are structures that connect individual bones and may allow bones to move against each other to cause movement.
Ligaments
A ligament is a small band of dense, white, fibrous elastic tissue. Ligaments connect the ends of bones together in order to form a joint. Most ligaments limit dislocation, or prevent certain movements that may cause fractures.
Bursae
A bursa is a small fluid-filled sac made of white fibrous tissue and lined with synovial membrane. It provides a cushion between bones and tendons and/or muscles around a joint; bursa are filled with synovial fluid and are found around almost every major joint of the body.

The nervous system is the part of the human’s body that coordinates its behavior and transmits signals between different body areas.
It consists of two main parts, called the central nervous system (CNS) and the peripheral nervous system (PNS). The CNS contains the brain and spinal cord. The PNS consists mainly of nerves, which are long fibers that connect the CNS to every other part of the body.