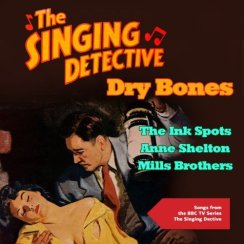 What is the connection between this song and aikido?
If you read the text, connecting all the body parts will bring you spiritual enlightenment. In the context of Aikido, when you are able to do a whole body movement there will be some understanding. This understanding is called Satori or understanding with the subconscious mind.

Tai-sabaki, a matter of satori

We best describe tai-sabaki as body-management. Tai-sabaki is a whole body movement, and dealing only with avoiding is neglecting the many useful applications of tai-sabaki.

As long tai-sabaki is executed with your conscious mind, the body movement will be always too late. It is after focused training, tai-sabaki will be a pattern in the brain. 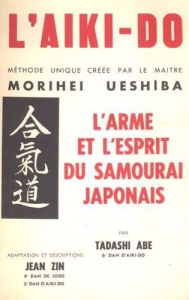 In his book (1958), Tadashi Abe emphasizes the importance of Tai-sabaki in Aikido training. He describes tai-sabaki as 3 kinds of movements, mostly executed as 1 whole body movement.

Te-sabaki or using the hands, koshi-sabaki or using the lower part of the central body (axial body) and ashi-sabaki or footwork.
The elements of tai-sabaki, described by Tadashi Abe are practised in Tomiki’s original method. Ashi-sabaki and te-sabaki can be found in the original unsoku-ho and tegatana no godosa. Although many instructors emphasise the use of koshi, mostly it is not understood by the practitioners. Koshi-sabaki is a hidden skill in Tomiki Aikido.

Movement of the koshi and in extension yōbu and mata are hidden in the practise of Tomiki’s method and become practical when someone is explaining how to use koshi. Koshi-sabaki is the motor of the arm and leg movements. Without koshi-sabaki most of the techniques will depend on muscle power from arms and legs.
Find here a visual example to explain the function of koshi-sabaki.

Makikomi
A throw in which one’s opponent is wound around one’s body before being thrown to the ground. The use of koshi is necessary to create a rotational or spiral movement. If you try to use arm power, the technique will fail.

In the word makikomi we find maki. This is from the verb Maku. The meaning of Maku is to wind, to coil, to roll. Everybody knows “maki sushi”, and the rolling can be seen clearly. 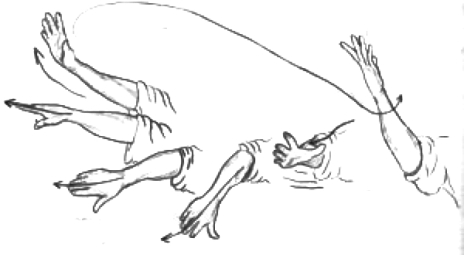 Tenshikei, winding and unwinding of the central body, is a basic movement to generate power for use by arm and legs. Rotation is around central axis, in most cases there is a shift of body-weight (taiju no ido)

When the upper body is turning, the legs are also turning. The turning direction of the lower body is opposite to the upper body turning. This creates a torque action.
The difficult part  is to get the body to synchronize the lineup of the upper and lower body parts and muscles. If the synchronisation is not optimal, the center of the 2 body parts will be not in the tanden area, but maybe higher or lower. If lower, the knee-joint will be affected and exposed to injuries.

The arms are twisting in the shoulder joint with a hineri and gaeshi method. Inward and outward turning. The kyokotsu, as a control center, synchronise with the tanden.

Tai-sabaki is more than avoiding

When opponent is grasping your wrist, first you have to feel the power of the opponent. Do not allow the power enter the center of your body. Because power is movement, we can redirect the movement into another direction without modifying the interface. Do not use muscular arm power or intentional movements to redirect, opponent will detect your intention and power. Rotational movements of the central body, arm and legs will give you the necessary control to neutralize the opponent. This is achieved with a relaxed but firm body. This skill is depending on taikan or bodily communication.

Sotai dosa, are basic exercises and can be called tai-sabaki. Koryu-no-kata have many applications on different attacking methods based upon sotai dosa or tai-sabaki. By using the proper tai-sabaki and an appropriate technique, the opponent can be thrown or controlled.

“none of the authors, contributors, administrators, or anyone else connected with Study Group Tomiki Aikido or Shobubukai and affiliated groups, in any way whatsoever, can be responsible for your use of the information contained in or linked from these web pages or blog posts”